Offenders vanish, but their deeds do not. Deutscher Kinderverein launches first online campaign on the long-term consequences of child abuse 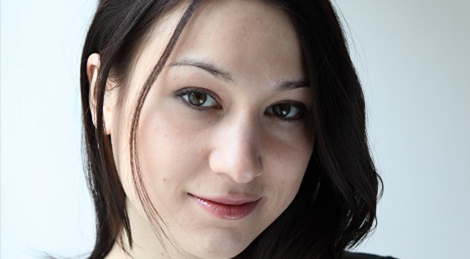 At hashtag #MisshandlungBleibt, Deutsche Kinderverein, based in Essen, will be initiating a campaign on social networks in the upcoming weeks in an attempt to draw attention to the suffering of victims of abuse. Child abuse does not end with the crime,“ according to Rainer Rettinger, Managing Director of Deutscher Kinderverein e.V., explaining the reasons for the campaign. Victims of abuse often suffer from trauma years or decades after they have been injured physically. Abuse often continues to influence the lives of people long after they their physical injuries have healed.

The campaign was designed by the theologian Tim Allgaier. „In my professional commitment in the field of youth welfare I experience the long-term consequences of child abuse up close every day. In addition to raising awareness of abuse, my aim and objective has always been but to focus attention on the often fatal consequences for vulnerable victims as well“. To cope with the devastating experience of being helplessly exposed to abuse, young people in particular often develop coping strategies that are later diagnosed as „social behavioural disturbances“. „The evidence of abuse disappears, but only on the outside. The abuse itself remains present, shaping victims‘ lives into the future. It is like being punished for a crime that has never been committed“.

The life story of Lilly Lindner offers a remarkable account of the drastic effects all this can have. The writer, who herself experienced physical violence and sexual abuse in her early childhood, has furnished the texts serving as the heart of the campaign. In her book‘ Splinterfasernackt‘ she describes her own traumatic life story. The experience of sexual abuse at the age of six led the now 30-year-old not only down the path to anorexia, but also to a rehabilitation clinic for children and adolescents, psychological treatment and prostitution. „We employ the stirring and eloquent, often unsettling, statements made by Lilly Lindner to draw attention to the suffering that continues long after the injuries have healed,“ says Rettinger. „We would like to draw attention to one thing above all else: It is not enough to prevent or put an end to abuse. Prevention and early detection of child abuse are important building blocks in the fight for the best interests of the child, but aftercare therapy is also essential for people who have experienced and survived abuse and maltreatment. „Trauma also plagues refugees, nor does it stop when they cross national borders. Many refugee children have experienced unspeakable horrors – this will also shape their lives and influence how we all live together. We also work on their behalf at Deutscher Kinderverein. Aftercare therapy also helps mitigate the lasting effects of abuse and improve integration.“

In the next few weeks, specific content and the texts of Lilly Lindner, ambassador of the Kinderverein, will be featured at hashtag #MisshandlungBleibt as a prominent feature in the online presence of the non-profit association illustrating the long-term effects of maltreatment and abuse. This is the prelude to further collaboration between the author and Deutscher Kinderverein.

Background: Based in Essen, Deutscher Kinderverein Essen e.V. has been working for children’s rights since it was founded in 2012. Its work revolves around Article 19 of the UN Convention on the Rights of the Child, which resolutely opposes the use of violence, abuse and neglect. Abuse of children must not be made a taboo, ignored or trivialised, either by the political arena or the judiciary or by youth welfare offices, and especially not by society. With your support, we would like to sensitise the general public to the topic of child abuse so that ever fewer children are forced to suffer.